skip to main | skip to sidebar

At last! The Guyana movie - our first feature-length documentary was finished a week ago, and it has taken this long for me to get it online. I am very proud of the results, and I hope that you enjoy it as well....
Posted by Jon Downes at 13:24 2 comments:

FIRST VIDEO RELEASED FROM THE EXPEDITION

PRE-ORDER THE BOOK OF THE EXPEDITION...

SynopsisThe Centre for Fortean Zoology [CFZ] is the only professional, scientific and full-time organisation in the world dedicated to cryptozoology - the study of unknown animals. Since 1992, the CFZ has carried out an unparalleled programme of research and investigation all over the world. In November 2007, a five-person team - Richard Freeman, Chris Clarke, Jon Hare, Lisa Dowley and renowned humorous journalist Paul Rose, probably better known as `Mr Biffo` went to the South American country of Guyana, in search of a number of mystery animals.

They have obtained a wealth of anecdotal evidence for the existence of the three animals that they went there to investigate.

They have secured this evidence in the form of filmed interviews with eye-witnesses in this remote part of rural Guyana.Amongst these are two chilling accounts of young women being abducted by the didi (pronounced ‘die die’).

Kenard, one of their guides, introduced the team to a local man called Elmo. Elmo is very familiar with the water tiger and the giant otter. He says that the water tiger is a spotted animal with markings similar to those of a jaguar. They are aquatic, hunt in packs, and – somewhat peculiarly – he claims that the pack is led by an alpha animal that he refers to as ‘the master’, who orchestrates the hunting which is done by the younger members of the pack. Kenard apparently confirmed this statement, which – to the best of our knowledge – has never been published in Europe or the United States before.

None of these stories have been published in Europe or America before. Perhaps the most important results so far are evidence for two completely hitherto unknown animals: a tiny brown crocodile, and a three-foot high hairy creature that walks upright like a man, and has a bright red face. They also have secured the first video footage of a living specimen of a recently discovered species of green scorpion.

As part of our committment towards sharing our findings, the CFZ will be publishing the results on the expedition in book form early in the New Year.

This is your chance to pre-order it at a special low price. Orders received before the end of the year will be post free.....

THE FIRST PHOTOGRAPHS FROM THE GUYANA EXPEDITION 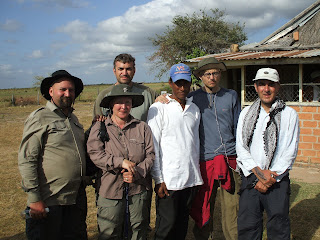 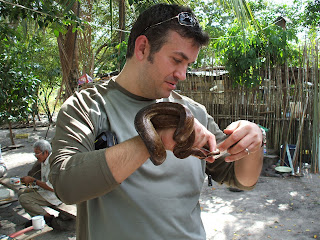 Biffo with an unusual colour morph of the rainbow boa 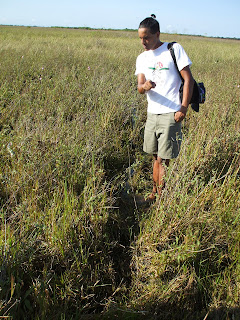 Damon following the track of an anaconda 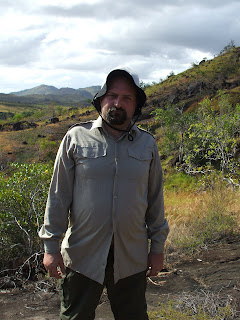 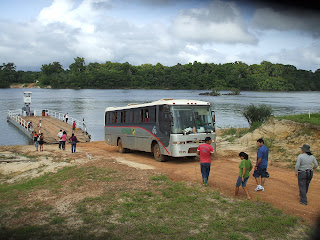 Crossing the Esquibo River in a dilapidated bus

THEY ARE BACK, AND THEY ARE SAFE... 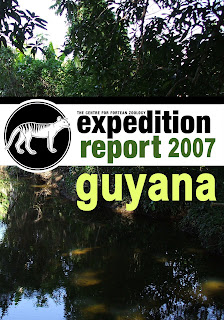 Richard is now back here at the CFZ. He told us his adventures and we have seen the first hundred pictures. He is absolutely exhausted, but we will start posting his first-hand reports tomorrow. In the meantime, here is the mock-up of the cover of the expedition report. You will be able to preorder it from tomorrow....
Posted by Jon Downes at 15:45 No comments:

Richard has just eMailed us:

"We are now in Georgetown.

Prior to flying back we met an old rubber tapper in the tiny airport at Lethem. He told us that he too had see one of the little red faced men or 'bush men'. He was a boy and was out hunting with his father (he is 59 now) when he saw a tiny red faced man looking at him through the undergrowth. He, unlike the other witnesses, thought that it had hairy skin. This may indicate it might have been wearing somthing rather than going naked as the other witnessses said. He also said it ran off on all fours.

Could this have been a red faced black spider monkey? They don't occur in this part of the country now, as it is too arid. I suppose we will never know for sure.

Spent some time back in Damon's village. I spoke with Foster's father, Joseph. He had heard of the DiDi but had never seen one. He said that befor the village was errected the red faced men were known in the area. They liked to wrestle humans and were very strong. The way to defeat one was to topple it over as it had no knees and could not rise up again (once again the legs not bending motif). His father told him that a water tiger once lived in a cave in the area. It was large and dark furred. It was supposed to be dangerous. The largest anaconda he had seen was 23 feet. It had been washed into the village by floods about ten years ago."
Posted by Jon Downes at 13:37 No comments:

THE KIDS OF WOOLSERY GET IN ON THE ACT

In the North-Devonshire village of Woolsery there has only been one topic of conversation for the past few weeks; the Guyana expedition. Five intrepid monster hunters are currently enduring the baking heat and wild terrain of the South American country, rooting out witness reports of giant anacondas, the monstrous yeti-like dai-dai, a large water dwelling beast known as the water tiger, fearsome red-faced pygmies and a diminutive two-tailed caiman-like creature unheard of by anyone outside of Guyana before this expedition.

The expedition is being run by the Woolsery-based Centre for Fortean Zoology [CFZ] and when the young Braund-Philips brothers – Greg (9) Ross (12) and David (15) – read yesterday about how discussions regarding the expedition have taken over The Farmer’s Arms, the village’s pub, they wanted to get in on the action too. 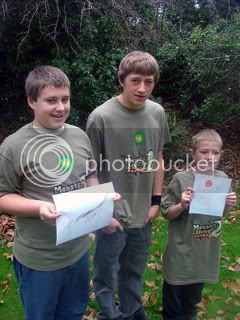 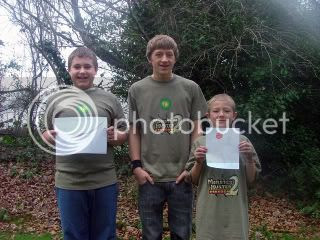 Since the expedition set off, they have been avidly following the team’s adventures on the expedition’s blog (http://cfzguyana.blogspot.com/) and drawing pictures of the fascinating creatures they have read about. As well as the mysterious animals mentioned above, the boys were particularly excited to hear about how the explorers had taken the first video footage of a newly discovered green scorpion. As a result, Ross – a keen amateur naturalist - now wants to start keeping and breeding pet scorpions, although his parents might have other ideas!

The expedition was sponsored by video games manufacturer Capcom to tie-in with their new game Monster Hunter 2: Freedom for the Playstation Portable allowing the CFZ, the world’s largest mystery animal research group, to undertake its most ambitious expedition to date. 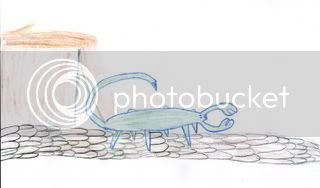 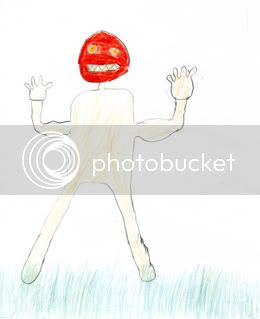 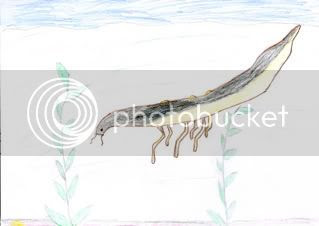 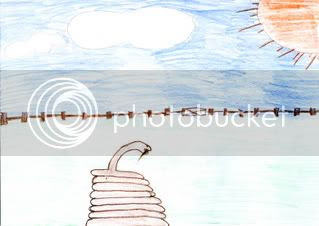 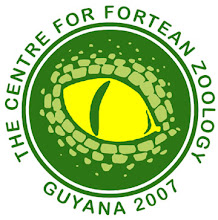 Sponsors for this expedition...

Running the CFZ is an expensive business. Help us with our ongoing programme of investigations by making a donation to the CFZ fighting fund....

Click on this logo for our free monthly webtv show..

As part of our committment towards making our findings freely available, accounts of all our expeditions are published as full length books. Within the next few days you will be able to pre-order the book of the Guyana expedition at a special low price.